Abstract: Currently, nanofluid is a hot area of interest for researchers. The nanofluid with bioconvection phenomenon attracted the researchers owing to its numerous applications in the field of nanotechnology, microbiology, nuclear science, heat storage devices, biosensors, biotechnology, hydrogen bomb, engine of motors, cancer treatment, the atomic reactor, cooling of devices, and in many more. This article presents the bioconvection cross-diffusion effects on the magnetohydrodynamic flow of nanofluids on three different geometries (cone, wedge, and plate) with mixed convection. The temperature-dependent thermal conductivity, thermal diffusivity, and Arrhenius activation energy applications are considered on the fluid flow with melting phenomenon. The flow is analyzed under thermal and solutal Robin's conditions. The problem is formulated in the mathematical formulation of partial differential equations (PDEs). The similarity transformations are applied to diminish the governing non-linear coupled boundary value problems into higher-order non-linear ordinary differential equations (ODEs). The resulting expressions/equation numerically tackled utilizing the famous bvp4c package by MATLAB for various interesting parameters. The results were physically and numerically calculated through graphics and tables for the velocity field, energy distribution, nanoparticles concentration, and microorganisms profile for numerous parameters. From the obtained results, we discern that the transfer of heat and mass coefficient is high over a plate and cone in the flow, respectively. The velocity profile is reduced via a larger magnetic parameter. Temperature-dependent thermal conductivity enhances the thermal field. Larger thermophoresis enhanced the concentration of nanoparticles. The microorganisms' Biot number boosts the microorganism’s profile.

Several investigators studied heat transfer due to its various applications in applied technologies, manufacturing, and refrigeration. Thermally conductive fluid has subsequently become a common research topic for scientists. Nanotechnology is becoming a subject of significant interest in manufacturing and engineering for investigators as its requirement grows in industrial sectors. Non-Newtonian fluids are now a big subject for scientists and physiologists [15–17]. Moreover, the world is experiencing an energy problem because of global heating and pollution. As a result, researchers are working to develop new heat transfer techniques to make improvements that can be justified. Nanotechnology is one of the researchers' most recent techniques to help alleviate energy shortages. Choi et al. [18] introduced the nanofluids, and they have since achieved boundless attention. Nanofluids are the most using coolants in the industry. The thermal properties of a combination of nanometer-sized particles immersed in a fluid identified as nanofluids or base fluids improved due to the involvement of these nanomaterials. Buongiorno [19] explored how to augment the convection rate of heat transformation in two significantly slip situations: thermophoresis diffusion and Brownian motion behavior.

Furthermore, affiliation with a related domain that is closely suitable in real life has a significant impact. Because of their significance in multiple fields of technology agriculture, including manufacturing applications, the flows generated through a wedge, cone, and vertical plate have gotten a lot of attention. Vajravelu et al. [39] developed a mathematical mechanism for transmitting heat reacting to flow via a cone and wedge. Chamkha [40] explained that the heat source parameter improved the local Nusselt number by considering the flow, including porosity. Many investigators in various fields, specifically fluid dynamics, used wedge as the geometry in their experiments because they implemented the above–mentioned work. Khan et al. [41] observed the flow of a nano liquid throughout a rotating wedge under the chemical process, including thermal radiation. Interestingly, fluid dynamics scientists are currently considering the action of heat transformation over wedge flows.

Whereas mass and heat transport occurs continuously in a moveable fluid. Compared to the Dufour effect, the Soret effect is negligible in fluids. Numerous researchers have reported cross-diffusion influences in boundary layer flow in recent decades. Abd El-Aziz [42] discussed the consequences of Dufour, radiation, Soret parameters, and Magnetohydrodynamic over a porous sheet that is often stretched. He discovered that the Dufour and Soret parameters have an important impact on temperature, momentum, and assemble distributions. Eckert et al. [43] and Mortimer et al. [44] have addressed a variety of flow events, including those in geophysics, where thermal diffusion and diffusion thermo consequences are highly suspected. Thermal–diffusion and Diffusion–thermo are imperative when density differences occur in the fluid flow, according to Devi et al. [45]. Thermal–diffusion and Diffusion–thermo influences have been most significant for interfering molecular weight gases in binary processes frequently confronted in chemical technology mechanisms.

MATLAB is an essential software tool for numerically solving and comparing the outcomes of various models, including physics, technology, and a variety of others. The variable flowing and thermal characteristics when a decelerating rotating disc is modified scrutinized by Rafiq et al. [46]. The consequence of thermal conductivity and the variable viscosity overheat transmission rates and drag was discovered in a two-way analysis for a numerical solution using Matlab-bvp4c and R-K shooting methods.

The study of bioconvection in nanofluid is beneficial in different fields like biofuels cells, biotechnology, bioengineering, oil refineries, biofuels, and agriculture engineering. To the author’s best knowledge, no studies have yet reported analyzing bioconvections for the heat and mass transfer of the MHD flow with cross-diffusion impacts by considering three different geometries by considering the thermal and solutal Robin’s conditions. So, we filled this gap with the assistance of the above-cited studies. The prime motive of this study is to investigate the consequences of the occurrence of motile microorganisms on nanofluid flow with thermal radiation, activation energy, and melting phenomena past the geometries cone, wedge, and the plate. Appropriate similarity transformations are used to convert the PDEs into ODEs, and these equations are solved by numerical technique through shooting methods using bvp4c solver. Outcomes are exposed graphically and conferred numerical values for various physical parameters.

2  Mathematical Development of the Problem

Assume an incompressible, convective, time independent, laminar MHD flow over geometries of three different shapes like cone, wedge and plate. The melting mechanism is measured. In the plane , we considered surface of the body is measured by and normally outward to the surface measured by Fig. 1 shows that strength of transverse electro–magnetic field is applying perpendicularly along the flow on surface of the geometry. The half angle of cone represented by and full angle of wedge represented by Ω, the cone radius shown by . Let be the stream velocity function. The temperature of fluid, concentration and bioconvection near the plate is presented as , here (a, b and c) are real constants, are the energy, concentration, and bioconvection parameters for wall (the energy, concentration, and bioconvection over wall is constant when , are the ambient temperature, concentration and bioconvection. Mixed convection heat flux, cross diffusion impacts are included in the given problem.

For the above considered problem the basic coupled nonlinear dimensional equations are given below [47]: 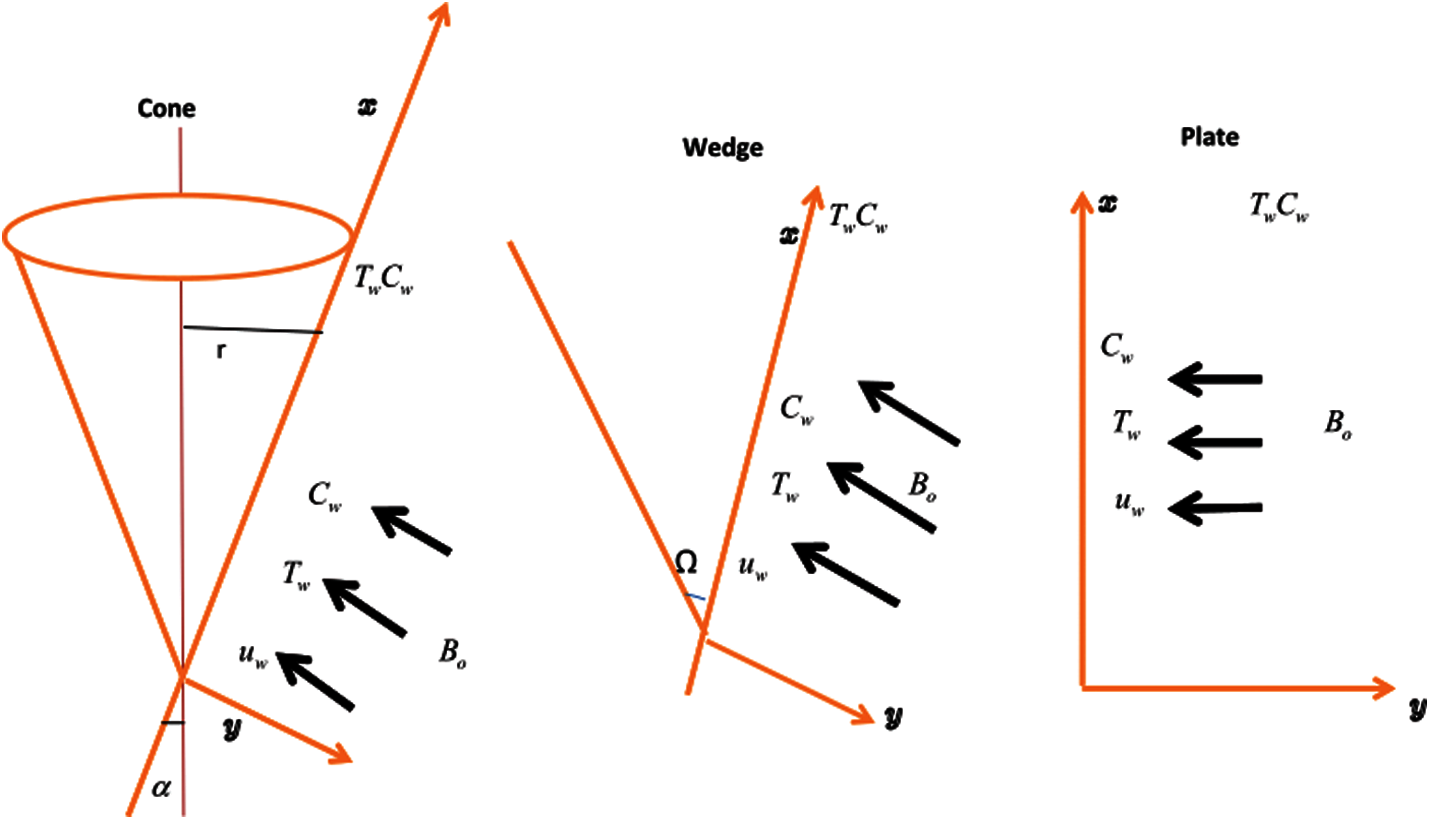 The applied boundaries conditions are [48]

Transformation equations are as follows:

where representing the temperature parameter.

The dimension-less conditions are as follows:

In above equations is the magnetic field, l is the characteristic length, is mixed convection parameter, designed for Grashof number for concentration, describe the Grashof number for microorganisms, explain the Prandtl number, demonstrate the Brownian motion, illustrate the thermophoresis diffusion parameter, confirm the bioconvection Lewis number, represent the Peclet number, is the temperature difference parameter, microorganisms difference parameter denoted by and thermal Biot number characterized by , solutal Biot number indicated by and the microorganisms Biot number symbolized by , is the temperature dependent thermal conductivity, denotes the Concentration diffusivity, denotes the chemical reaction parameter and melting parameter can be defined as .

In this portion the nonlinear dimensionless ordinary differential equations with appropriate boundary conditions are solved numerically through the solver bvp4c package in computational MATLAB. The higher order ODEs are converted into linear one by introducing the following variables such as

4  Description of the Results

In this section all the results of graphs are embellished and created by using the computational software MATLAB–16a (bvp4c) solver. For the understanding of figures, we must have to know about the color of curves demonstrated. The black curve demonstrates for wedge, red for cone and blue for sheet. The iterations of effective goods parameters increased or decreased with their individual behaviors. In this segment the graphic outcome interoperate for the different values of different parameters, like , , , , , , , , , , , , , , .

The influence of buoyancy ratio parameter and velocity distribution is illustrated in Fig. 2. It is noticed from this figure that for the highest values of , decreases (Fig. 3). Illustrates the fluctuation of the bioconvection Rayleigh number with respect to the microorganism field with in the velocity profile . Such that the value of bioconvection Rayleigh number increase due to the increased value of microorganism graph. The relationship between the buoyancy and viscosity is known as Rayleigh number within the fluids. The significant magnetic field parameter M against velocity distribution has been examined in Fig. 4. The velocity of the fluid decreased with the increased value of . Once more this behavior is defined as the Hartmann number is interlinked with the occurrence of Lorentz force. Figs. 5–8 are examines the variation of on motile density profile , concentration profile , temperature profile and velocity profile respectively for three different geometries (wedge, cone and sheet). The fluctuation in reduces the motile density profile , concentration profile , temperature profile and velocity profile . 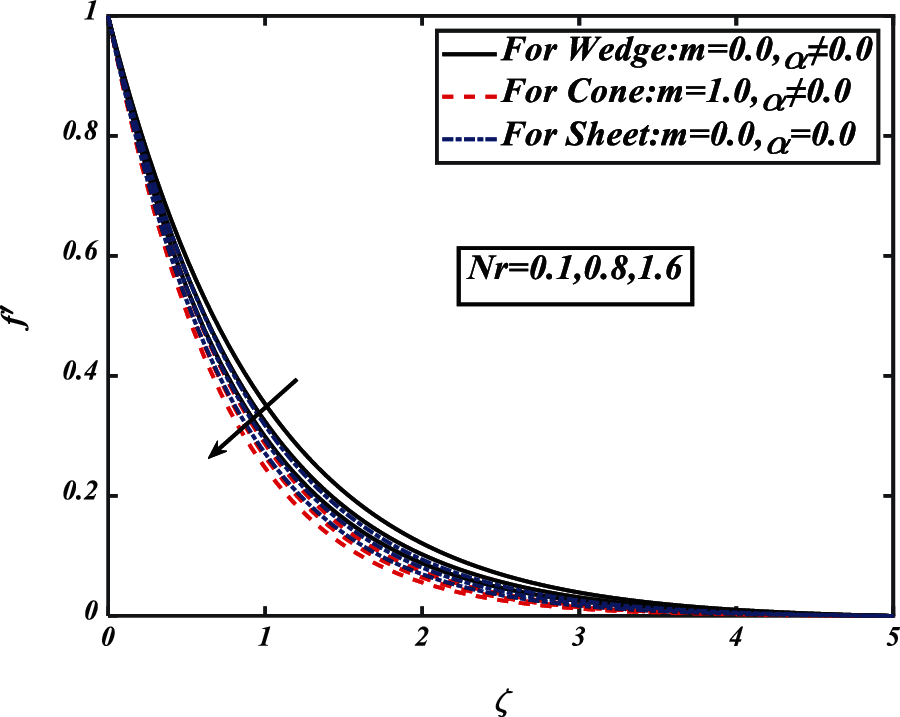 Figure 2: Pictogram of over 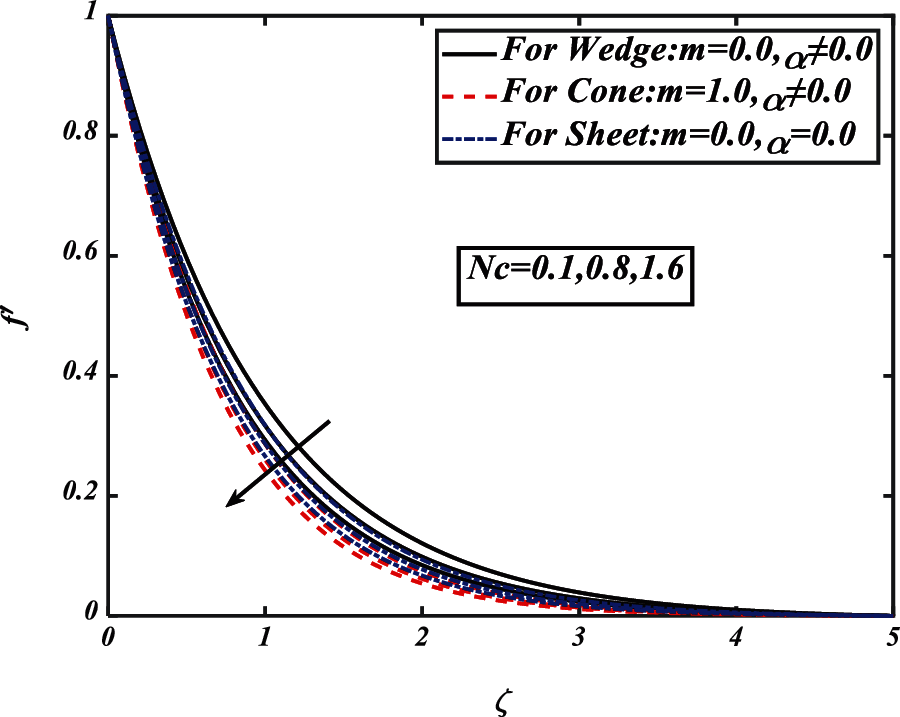 Figure 3: Pictogram of over 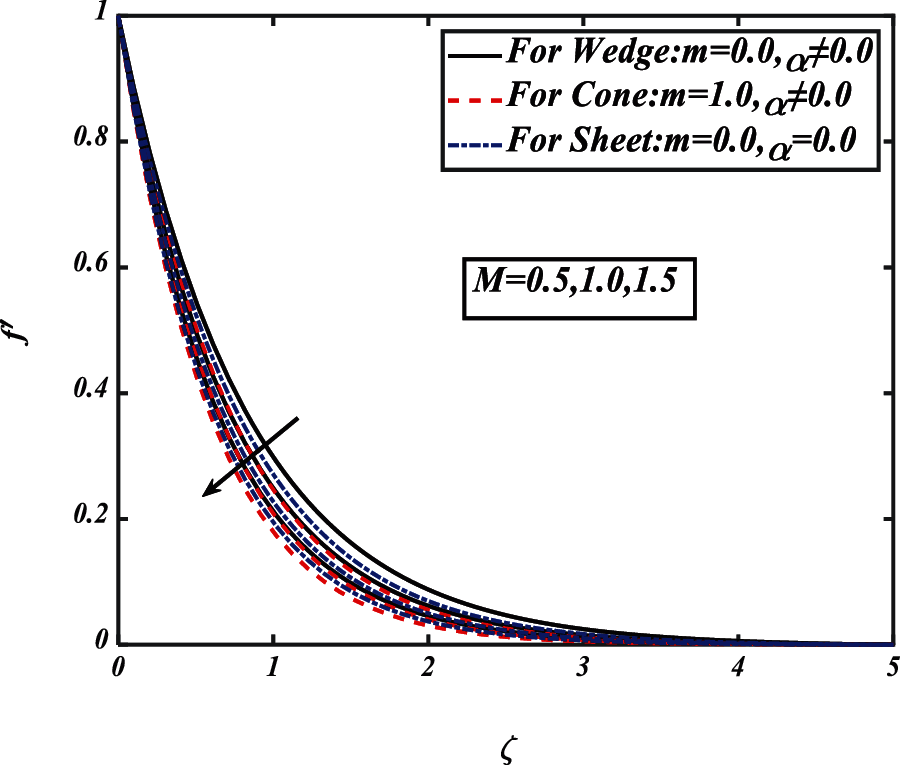 Figure 4: Pictogram of over 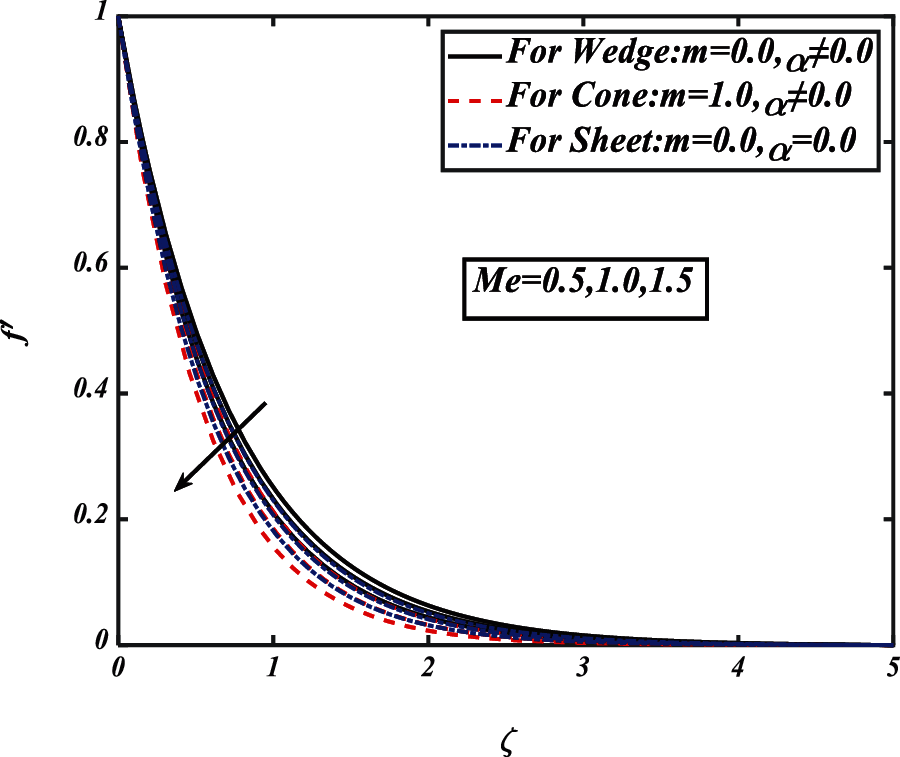 Figure 5: Pictogram of over 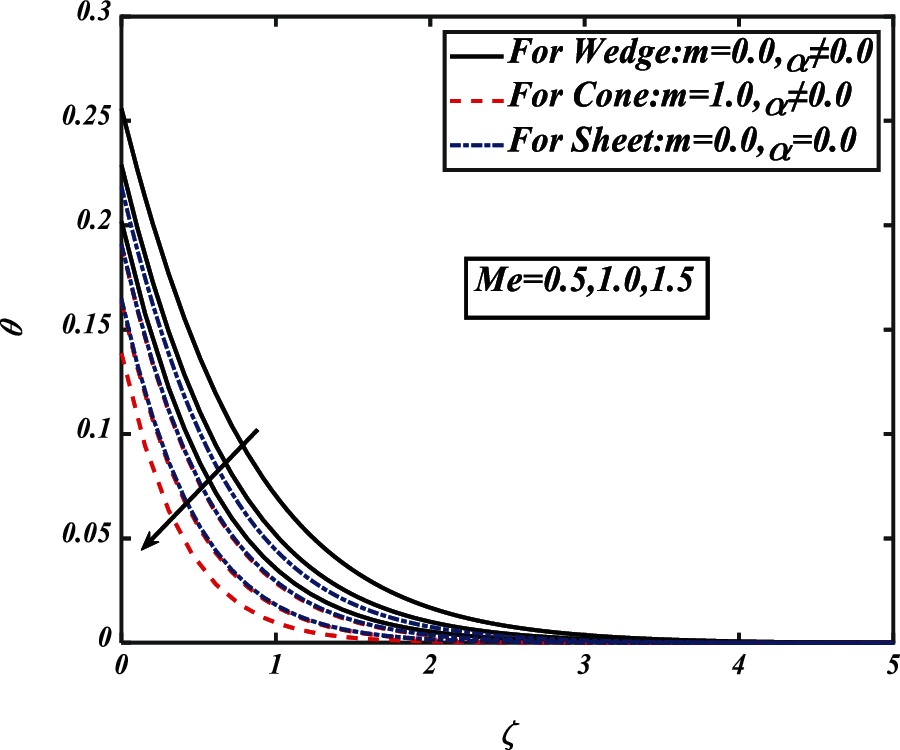 Figure 6: Pictogram of over 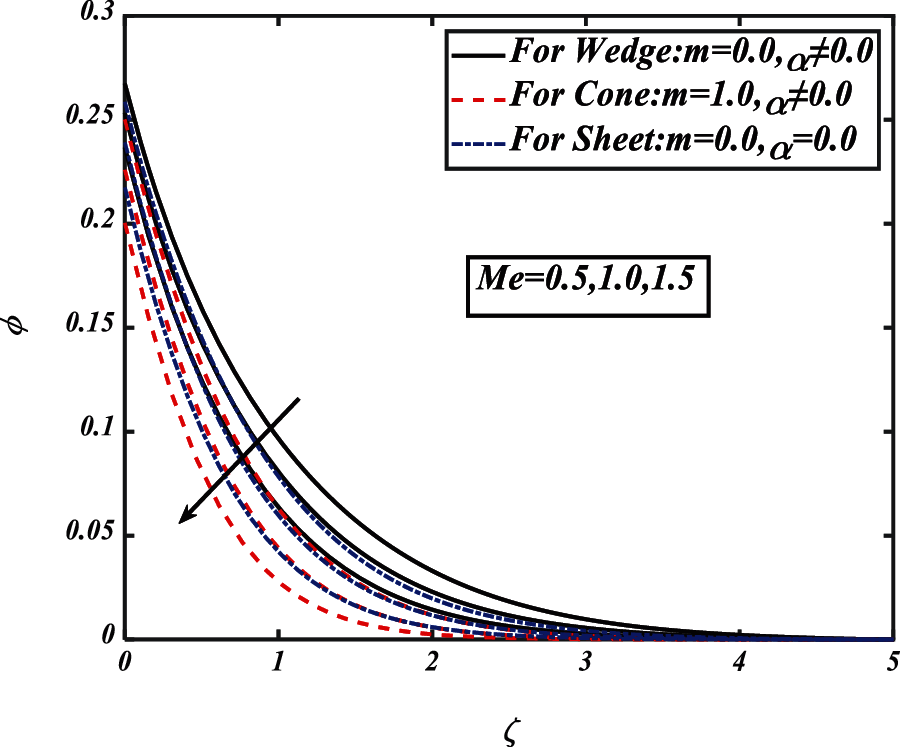 Figure 7: Pictogram of over 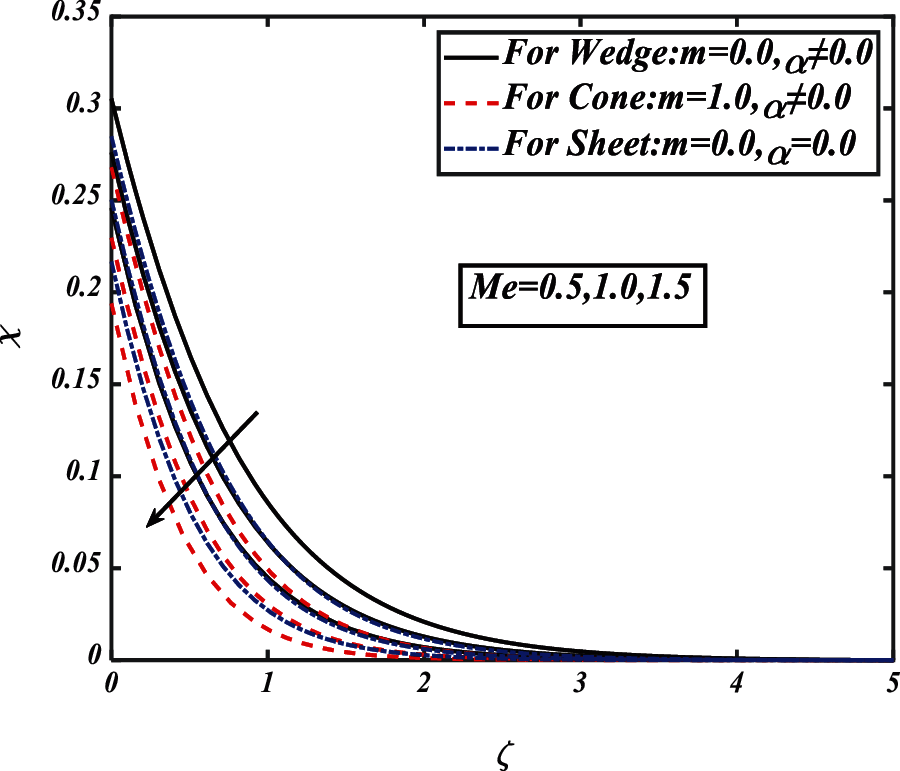 Figure 8: Pictogram of over

Fig. 9 illustrates the impact of the Prandtl number over temperature distribution respectively for different value of for cone, wedge and sheet. Fig. 10 demonstrates the impact of thermal Biot number via temperature distribution for different geometries for several values of m and . For cone and for other two geometries its zero. Fig. 11 depicts that concentration is reduced via larger Prandtl number . In Fig. 12 the activation energy parameter is communicated for the nanoparticles volume distribution. In this graph when the value of is increasing then the rate of reaction is decline due to higher temperature and greatest activation energy which develop the nanoparticles volume fraction. The concentration profile for is deeply observed in the Fig. 13. Concentration dependent thermal diffusivity enhances the concentration field of nanoparticles. Fig. 14 analyzed the effect of Lewis number over concentration ϕ. The decreasing in ϕ is noticed for demonstrative value of for three different geometries. The is defined to be the ratio of mass and thermal diffusivity. The ϕ is decreased for the higher value of in these geometries. Fig. 15 represented the variation of for the Brownian motion parameter . The relationship between and nanoparticles concentration is inverse. . From Fig. 16 the temperature distribution is upswing owing to the growing value of thermophoresis parameter . For the temperature profile improved, so the migration of particles from region to region exists as hot to cold region. Multi industrial processes use this concept now a days. The profile of concentration is increased for given value of . The components of representational non–dimensional nanoparticles concentration ϕ is purposed through allotting unique values to for three different geometries. 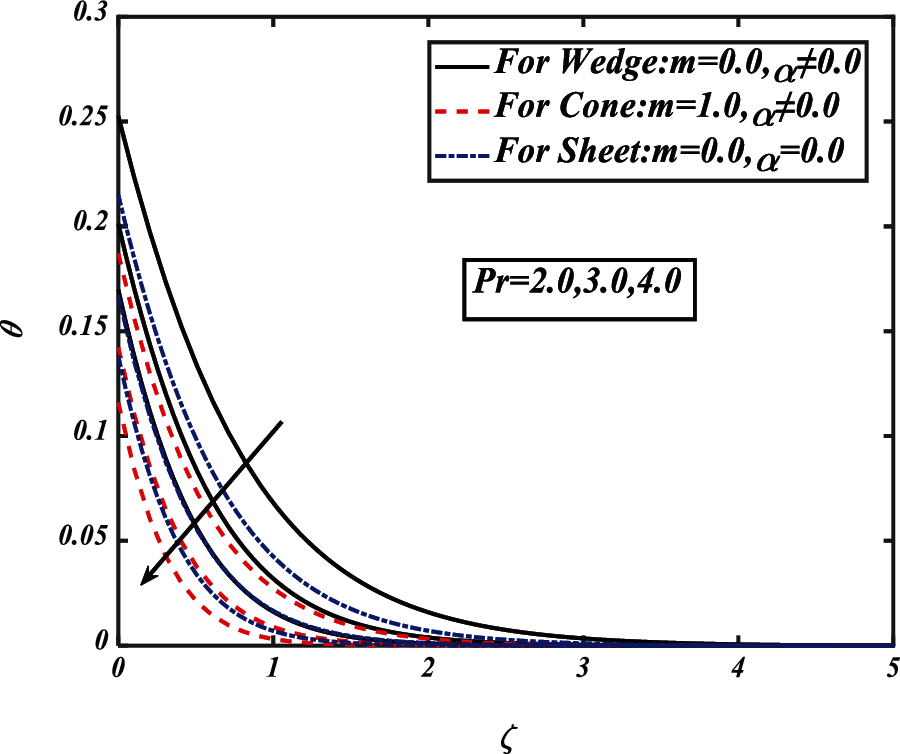 Figure 9: Pictogram of over 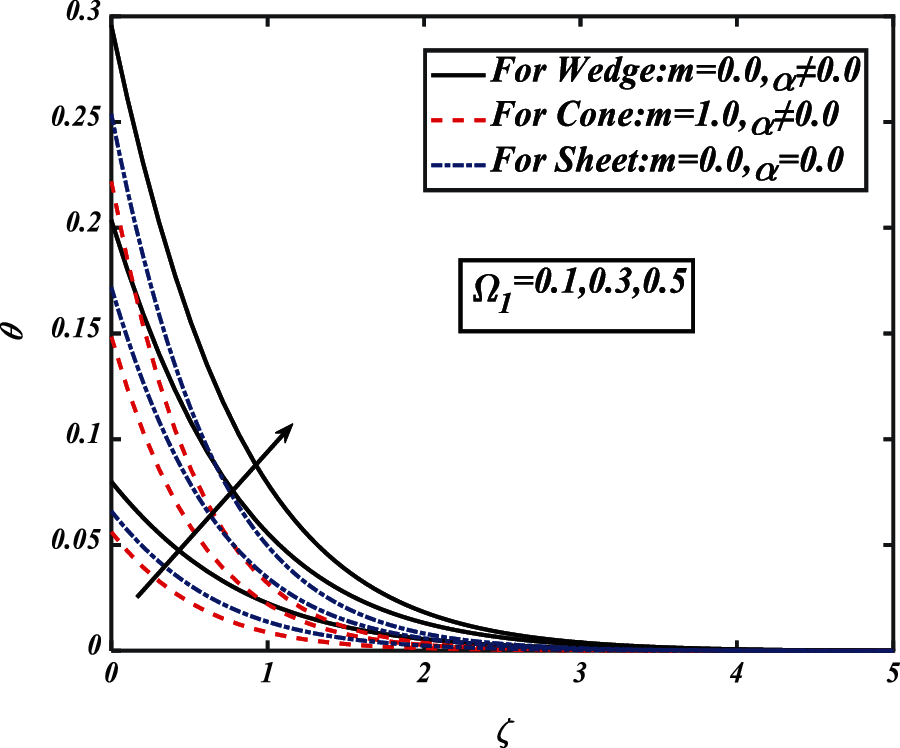 Figure 10: Pictogram of over 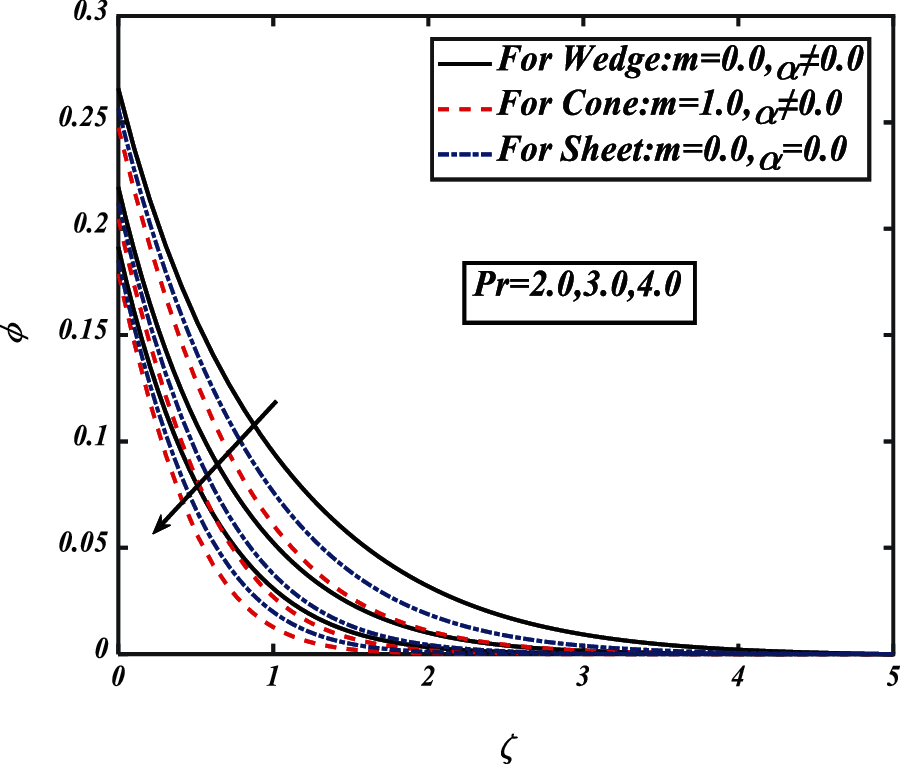 Figure 11: Pictogram of over 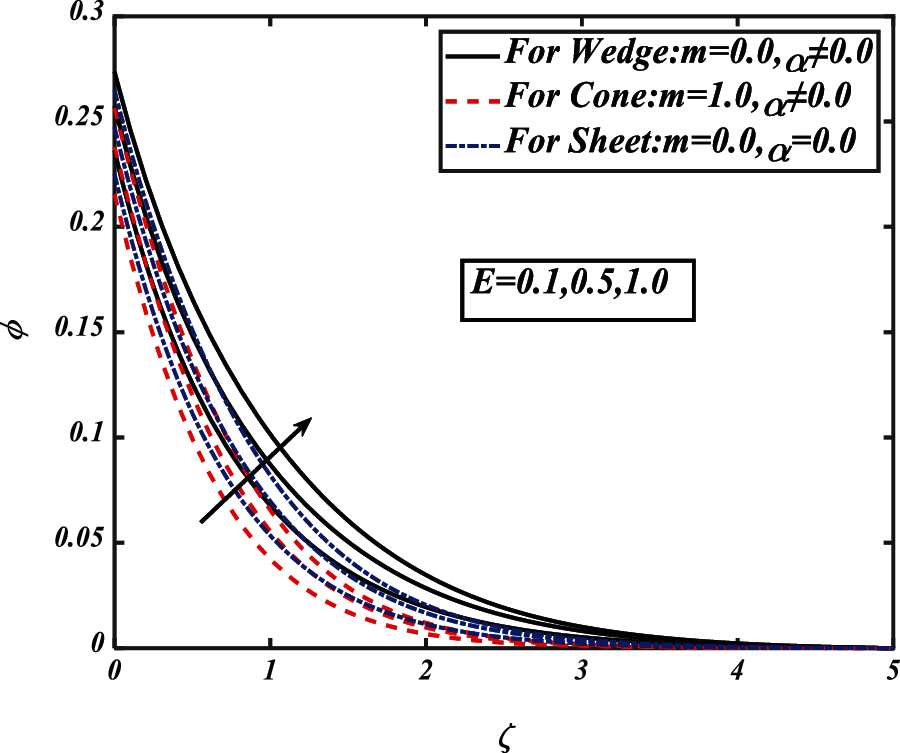 Figure 12: Pictogram of over 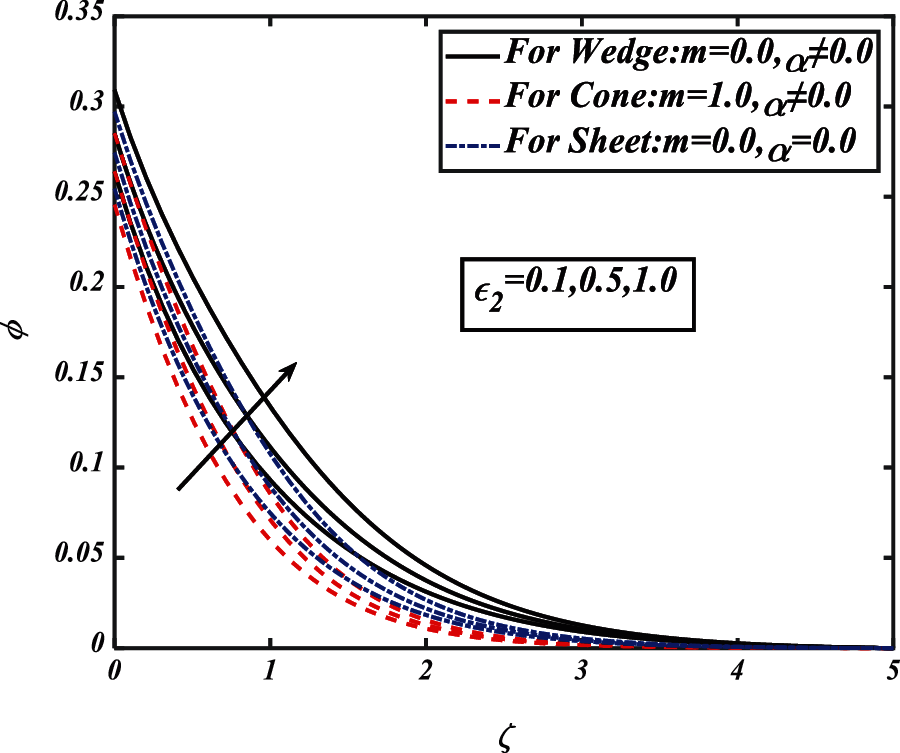 Figure 13: Pictogram of over 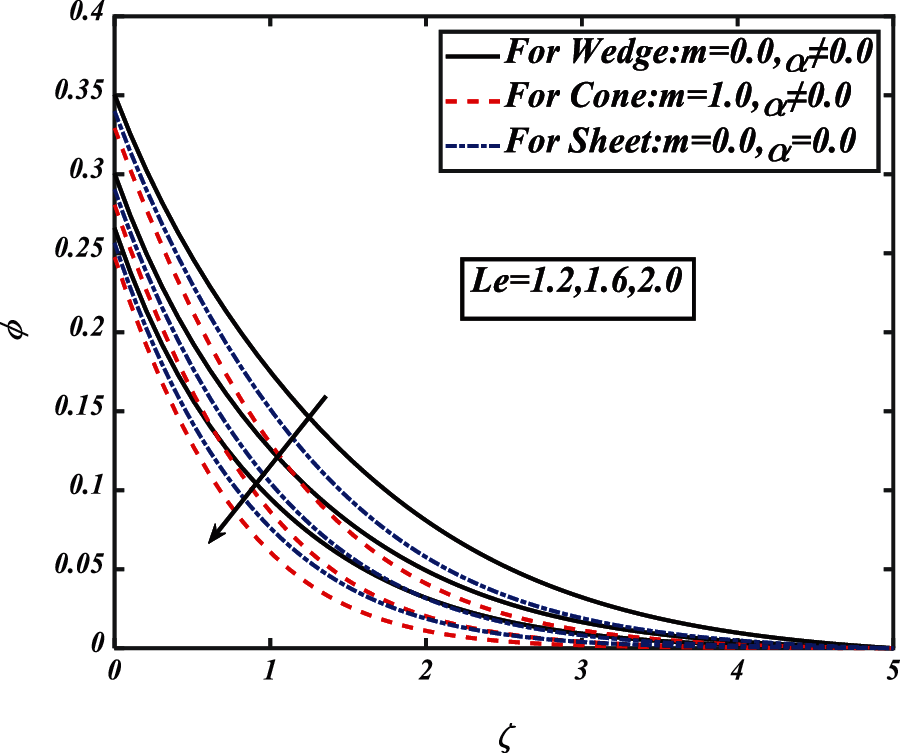 Figure 14: Pictogram of over 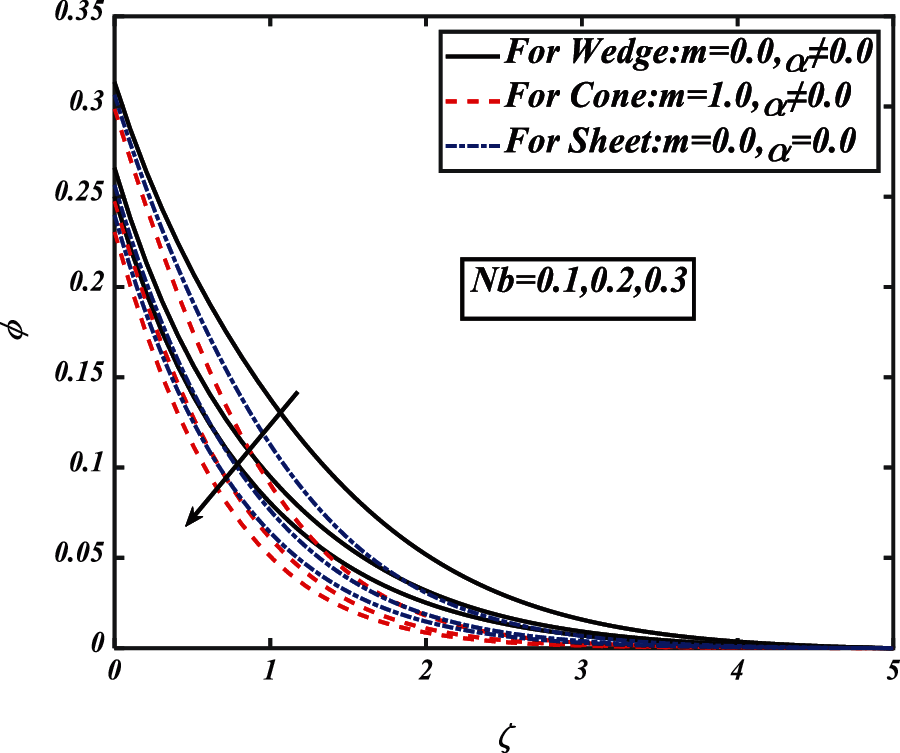 Figure 15: Pictogram of over 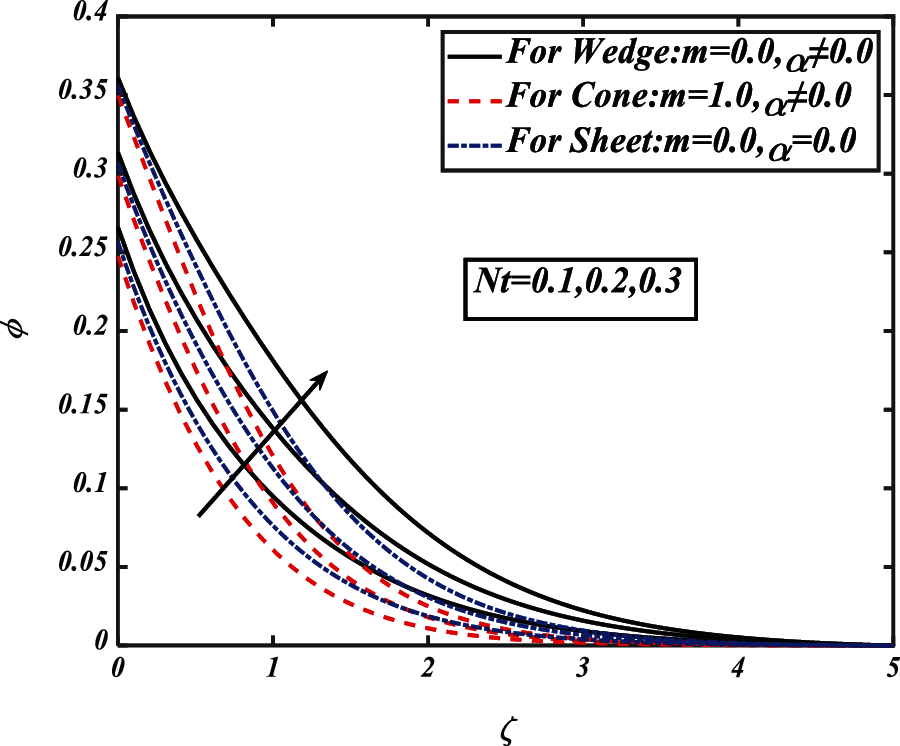 Figure 16: Pictogram of over 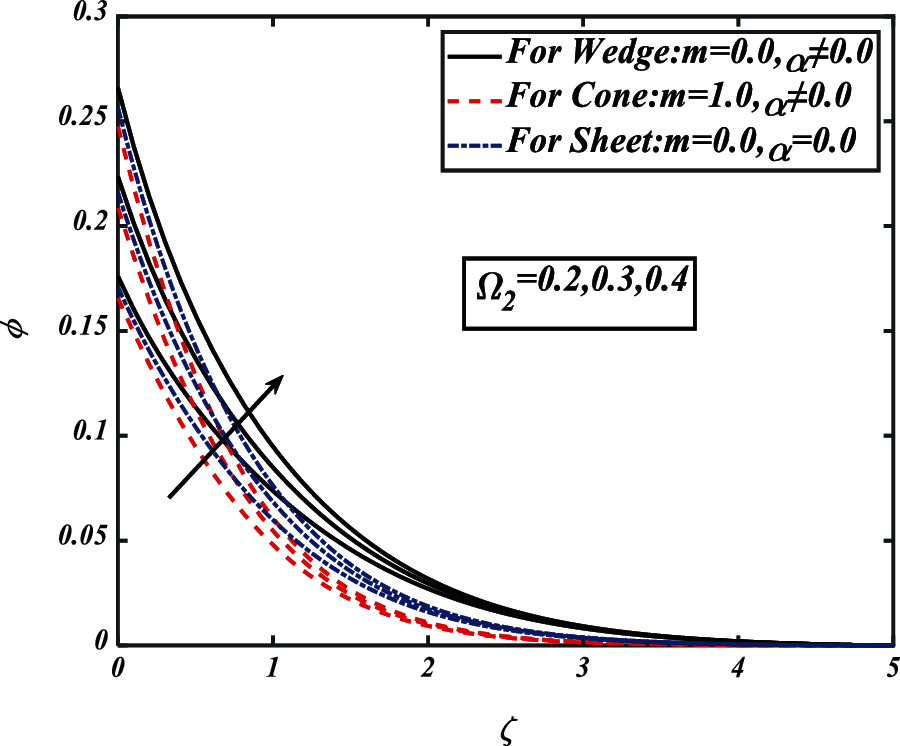 Figure 17: Pictogram of over 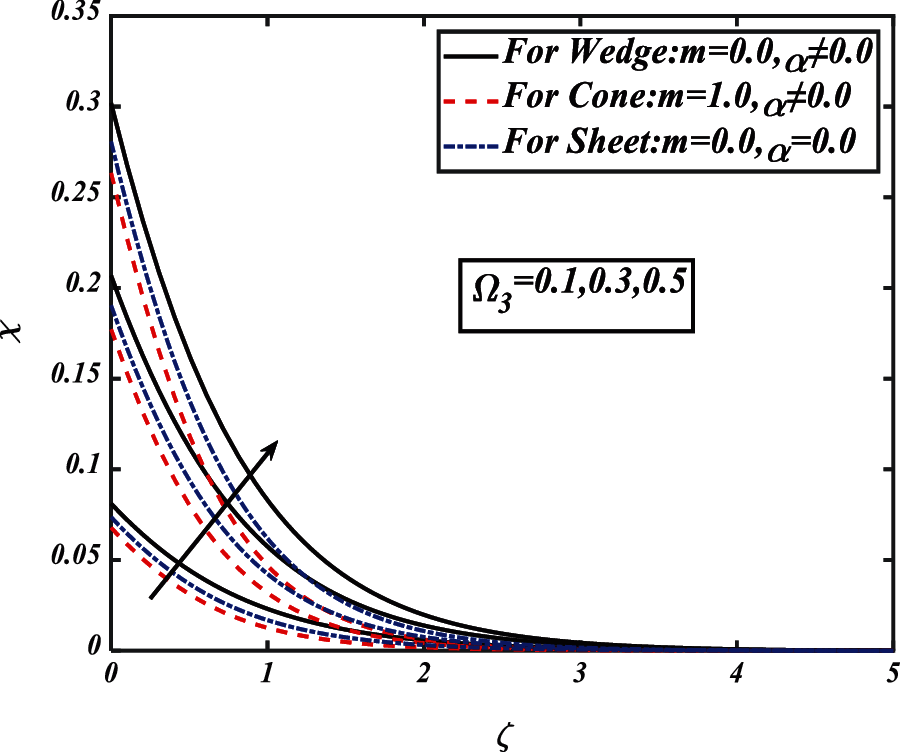 Figure 18: Pictogram of over 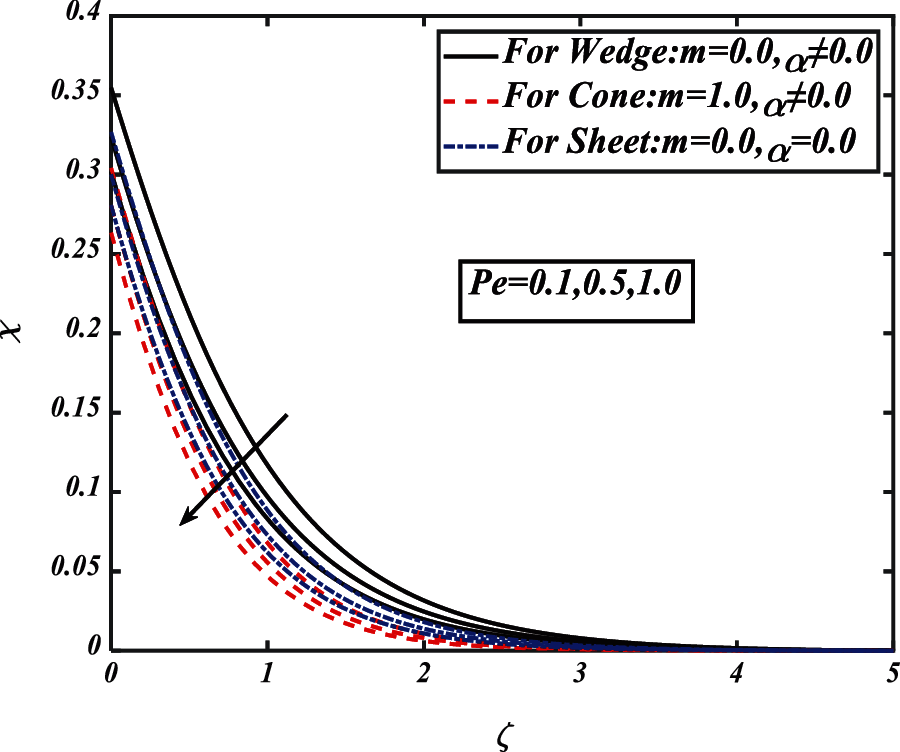 Figure 19: Pictogram of over 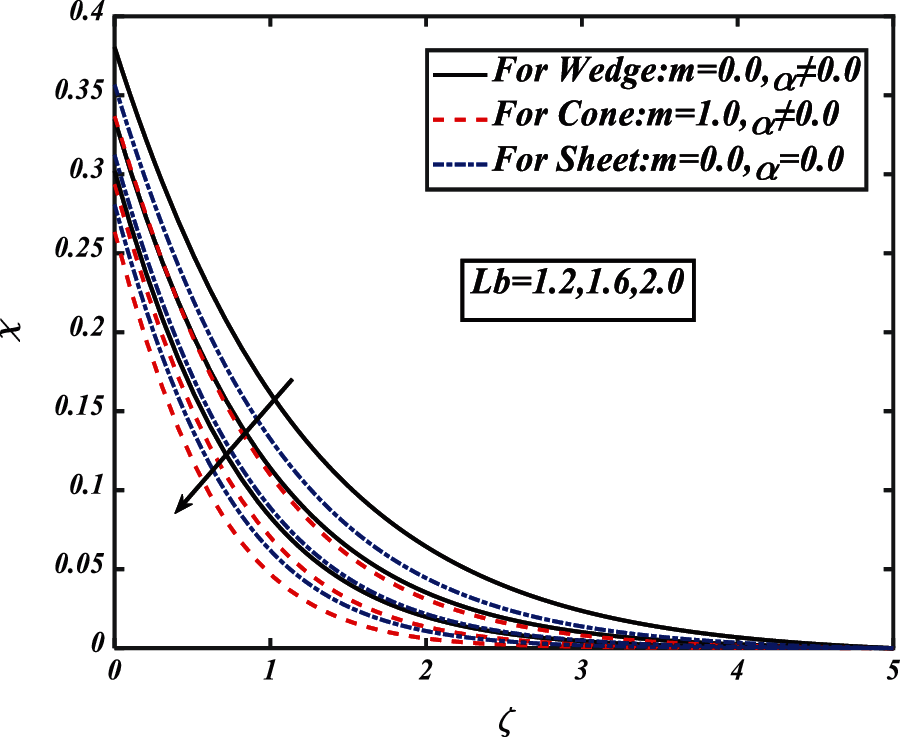 Figure 20: Pictogram of over

Heat and mass transformation of the nanofluid bioconvection flow under the melting mechanisms is scrutinized in the existence of cross-diffusion impacts. Mathematical modeling is fixed to scrutinize the flowing performance on vertically three different geometries (cone, wedge, and plate). Some significant remarks are synopsized below:

•   Fluid exposure, the fluid velocity is highest for the flow over the plate as compared with the other two geometries (cone and wedge).

•   The transformation rate of mass and heat is much better for the flow via cone than flow over the wedge.

•   The temperature and concentration profile performance increased for the highest value in the thermophoretic parameter.

•   The microorganisms’ density is inversely proportional to the Peclet number and Lewis number.

•   This study analyzed the flow characteristics of non-Newtonian fluids extended for the present mathematical model.

•   Reducing the amount of melting enhanced the heat transfer rate and velocity of the fluid.